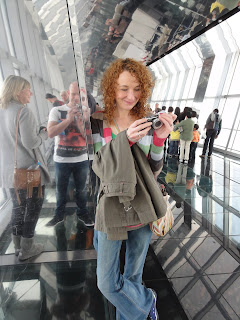 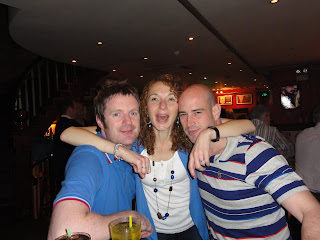 Low Water Mark
12.16.10
Brovic - Blogging since 1903
VIENTIANE, Laos - Looking down on the street from a fourth-floor balcony must be something like being in the spirit world; you can hear and see people, but they can't hear or see you, nor do they, in going about their business, appear to have any idea you're there at all.

'Square up' to the bucket, coaches said. Square up to the keyboard. You could get a crick in your back.

Do people suffer alone, or do we pretty much share the same ailments? Spared some, and given others, huh? Blessings wrapped in a karate chop. That silver lining people speak of.

I've got to get to work on China. I read the stats on this blog for the first time since...since 1903, I guess, and saw that most of my readers are in Germany and the States, with a few readers in Thailand, Mexico, Sweden, and Japan, but only eleven people in China. Holy Smokes, isn't that a HUGE population over there? Seems like that's a market I should try to crack.

No need to go on about the bad knees business, but this being a 'walking city', where motorbikes are too fast for gawking, and the 1950s vintage sit-up-straight French bicycles are too corny to be seen riding, I needed to wait until the endorphins kicked in, or go find the strongest possible pain-killer possible before venturing out onto the street.

Where do you find the strongest possible pain-killer in Vientiane? Motorcycle taxi driver, where else? Hooked up a mere twenty minutes after going through immigration. 'You want girl? You want lay-dee?' he asked in a whisper?

Problem is, after taking them, they were so good, I was afraid to leave my room.

Paranoia. Paranoia, an unrealistic fear. Paranoia can have you:

Run to the window.
Swallow the roach.
Talking about the illuminati.
Flush your stash down the toilet.
Turn the music down.
Slow to under the speed limit.
Keep looking in the rear-view mirror.
Thinking the reptilians are out to get us.
Spray the air.
Light incense.
Brush your teeth.
Use mouthwash.
Keep looking around.
Close your Facebook account.
Remain in the car.
Remain in your house.
Remain on the couch.
Slap on some after shave.
Wonder if that's a cop.
Peek out the curtains.
Swear to God you'll never do it again.

What do they say? 'Just because you're paranoid doesn't mean they're not out to get you.'


Nothing stays the same, except when it doesn't. Down along the river, where the 'Mighty Mekong' was lined with quaint little restaurants on stilts and the embankments thick with gardens and vegetation, has now all changed.
For a year they've been continuously trucking in loads of earth from somewhere downriver, grading it, packing it with steamrollers, and have built a new sea wall, capped with concrete, and constructed a huge, expansive sculpted block inlay promenade that now has the place looking like...Geneva.

It's quite nice, with potted plants, artistic landscaping, a children's playground, and each evening throngs of people exercising, bicycling, or coming out for the sunset, but not the same. You wouldn't recognize the place.
Gone is the huge pavilion where the Lao girl in spandex would lead an aerobics class of a hundred each night, and where I laid down on the cool concrete and passed out after running a four-block wind sprint after taking a strong pain-reliever two years ago.

Gone is that Vietnamese riverfront restaurant that rented the bikes, and all those other places you could sit and watch the sun drop into the Mekong while having a tall beer Lao, a spicy lab salad, or Mekong river fish.

So now, to relieve the two-way traffic congestion, they've created another road running parallel to the promenade, the river, and the old street. That's a new road between the river and the old road. Everything is different.